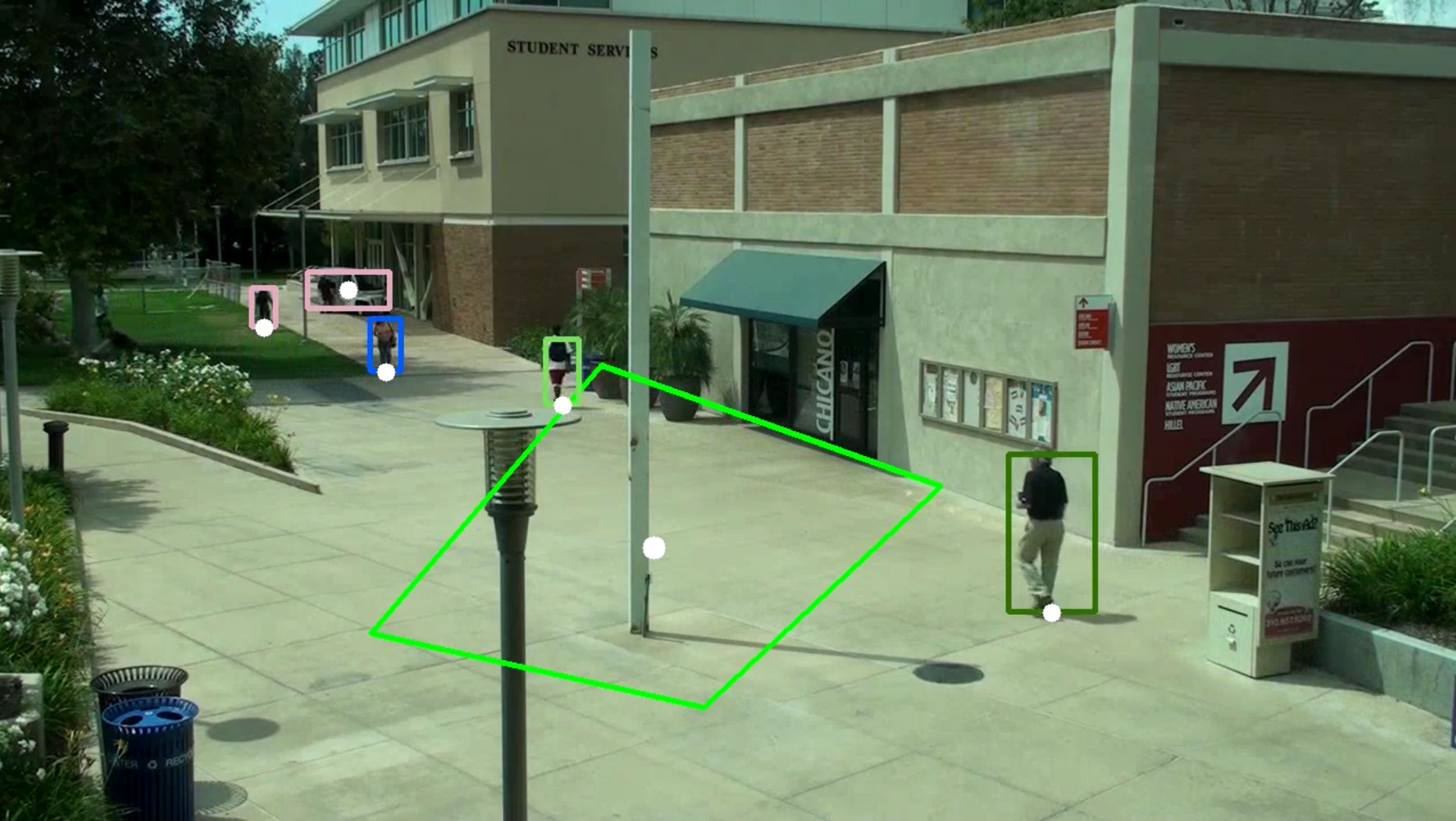 Sterile zone – a zone in which the appearance of objects (people, animals, vehicles) is not allowed. RoadAR allows you to automatically register such objects in sterile areas.

The RoadAR analytics system is a state-of-the-art solution for monitoring user-defined sterile areas. RoadAR recognizes the fact of the appearance of an object (vehicle, animal, person) in the field of view of the camera, and also registers the intersection of this object with a conditionally specified forbidden line or the fact of being in the forbidden zone.

Flexible settings allow you to accurately set the boundaries of areas considered sterile. And this, in turn, makes it possible to exclude false alarms of the system where the appearance of people or animals is permissible. RoadAR also distinguishes between object types, which further expands the analytics capabilities and allows you to set up alerts only when one or another type appears.