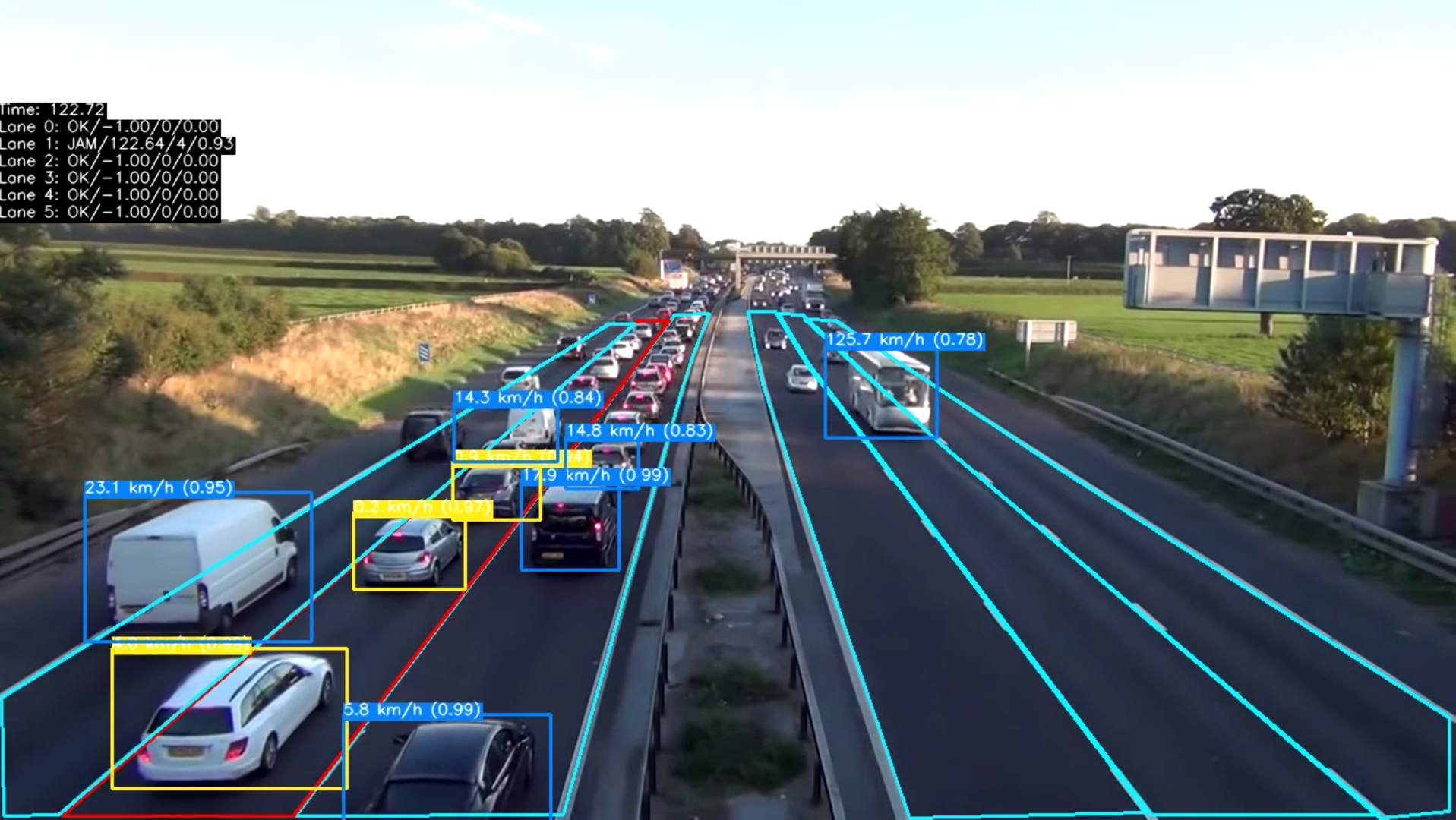 Identification of congestion is one of the key tasks of optimizing traffic in a modern city. Congestion detection allows you to take timely action and prevent significant traffic disruptions even during peak hours.

The formation of congestion occurs due to the fact that the traffic flow exceeds the capacity of the road. The RoadAR video analytics system recognizes stream densification and sudden throughput drops. Recognition is carried out separately for each lane.
The principle of traffic jam detection is based on the analysis of the number of vehicles in a lane section and the speed of these vehicles. If at least a specified number of vehicles are detected within the lane, moving at a speed less than the speed specified for this section of the road, the system generates a “Congestion” event. RoadAR also allows you to set reaction times so that you don't create an event too often in places where traffic conditions change a lot.