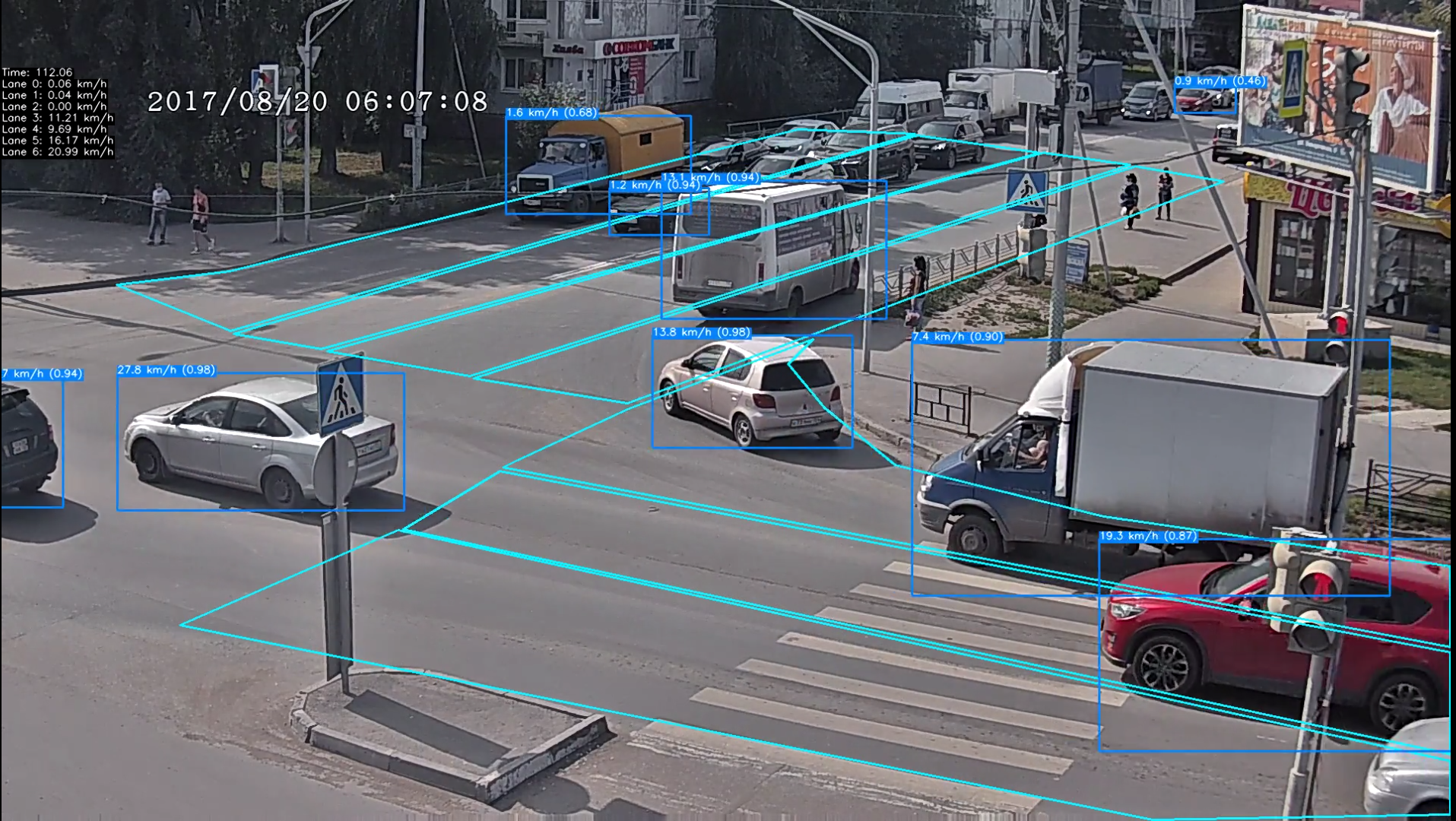 Determination of the average speed of the traffic flow allows you to recognize the threat of congestion and traffic difficulties in advance. If the average speed falls regularly, this may also mean that the capacity of the road is insufficient. Identification and analysis of such cases allow timely measures to be taken to eliminate the causes of impeded traffic.

The decrease in the average speed of the traffic flow can be due to various reasons: a traffic accident, an increase in the overall traffic density, the appearance of an obstacle on the lane, etc. Recognition of such cases presents a certain difficulty in visual observation. At the same time, it is necessary to detect a drop in speed in a timely manner and promptly in order to take measures to eliminate the causes.

RoadAR video analytics allows you to automatically determine the drop in the average flow rate. RoadAR cameras measure the speed of vehicles in lanes, the system calculates an average and generates a notification event if the average speed falls by more than a given percentage. This allows you to exclude false alarms due to a short-term decrease in speed, as well as take action in advance.